They are joined by CPT Capital, the venture arm of private equity pioneer Jeremy Coller’s private family office and an alternative protein investor, which is an early backer of the startup, as well as other new international investors, including Guatemala’s family investment office Losa Group; Sake Bosch, the founder of Netherlands’ Prime Ventures; and Singapore-based VC firm K3 Ventures, the company said in a statement.

The money raised will be used to expand the company’s range of products and support its commercial launch and international growth in 2021, the company said, as the firm completes the construction of a large-scale pilot line production facility for its 3D alt-meat printers later this year.

Redefine Meat says its patented industrial-scale digital manufacturing technology manages to fully replicate the muscle structure of beef. It is high protein, no cholesterol and looks, cooks, feels and tastes like beef, according to the startup. 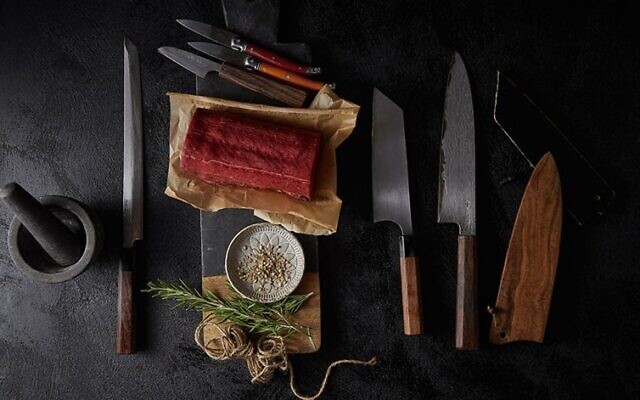 Redefine Meat uses 3D printers and “ink” to “print” the steaks. The firm aims to sell the printers and the cartridges to meat distributors worldwide, who will both print and distribute the meat once produced.

The “ink” is made of plant-based ingredients similar to what a cow eats. It contains proteins from legumes and grains, to create the muscle texture of the alternative meat; it also contains fats from the plants, to mimic the beef fat, and natural flavors and colors, to mimic the blood factor in meat and its juiciness.

“This funding, which was concluded faster and better than we could have imagined a year ago, is a major step towards becoming the world’s biggest alternative meat company by 2030,” said Eshchar Ben-Shitrit, CEO and Co-founder of the Rehovot, Israel-based startup.

The fast-growing alternative meat sector is an industry that makes the world “a better place,” said Eric Ng, the CEO of Happiness Capital. “But there is currently a gap in its ability to meet the needs of people who still want to eat traditional meat. Redefine Meat offers a unique solution that appeals to meat-eaters with tasty and sustainable food. With technology that is ready for production, and strong strategic partners, Redefine Meat is poised to deliver high-quality meat alternatives that can make a meaningful impact on global meat consumption.”

Last month, Redefine Meat announced its first strategic agreement with Israeli meat distributor Best Meister to distribute its products to restaurants and butchers in Israel after a successful blind-tasting of alternative meat event co-organized by the two companies, which demonstrated 90% acceptance rate amongst meat eaters, the statement said. The firm has plans to enter the European, Asian and North American markets later this year.

Ben-Shitrit said that the firm wants to change the belief that delicious meat can only come from animals. “We have all the building blocks in place to make this a reality: high-quality meat products, strategic partnerships with stakeholders across the world, a large-scale pilot line under construction, and the first-ever industrial 3D Alt-Meat printers set to be deployed within meat distributors later this year.”

The global meat substitute market is expected to reach $8.1 billion by 2026, according to data firm Allied Market Research, as consumers seek to cut their meat intake for health, animal welfare and environmental purposes.

Firms that have made headlines in the sector are the Los Angeles-based Beyond Meat Inc, a Nasdaq-traded producer of plant-based meat substitutes whose products simulate chicken, beef and pork sausage, and are available at most grocery stores in the US and at restaurant chains.

Another firm is Impossible Foods Inc., a California firm that selects proteins and nutrients from plants to recreate the experience and nutrition of meat products. The firm launched the Impossible Burger in 2016, available in grocery stores in the US; its plant-based sausage product is available at Starbucks in the US.

In Israel, Aleph Farms Ltd. has created a lab-cultivated steak, using meat cells, which it says looks and feels like steak but was produced without killing animals.


I’m proud to work at The Times of Israel

As The Times of Israel’s environment reporter, I try to convey the facts and science behind climate change and environmental degradation, to explain – and critique – the official policies affecting our future, and to describe Israeli technologies that can form part of the solution.

I am passionate about the natural world and disheartened by the dismal lack of awareness to environmental issues shown by most of the public and politicians in Israel.

I’m proud to be doing my part to keep The Times of Israel’s readers properly informed about this vital subject.

Your support, through membership in The Times of Israel Community, enables us to continue our important work. Would you join our Community today?


Join the Times of Israel Community

Already a member? Sign in to stop seeing this


You’re serious. We appreciate that!


We’re really pleased that you’ve read X Times of Israel articles in the past month.

That’s why we come to work every day – to provide discerning readers like you with must-read coverage of Israel and the Jewish world.

So now we have a request. Unlike other news outlets, we haven’t put up a paywall. But as the journalism we do is costly, we invite readers for whom The Times of Israel has become important to help support our work by joining The Times of Israel Community.

For as little as $6 a month you can help support our quality journalism while enjoying The Times of Israel AD-FREE, as well as accessing exclusive content available only to Times of Israel Community members.

Already a member? Sign in to stop seeing this