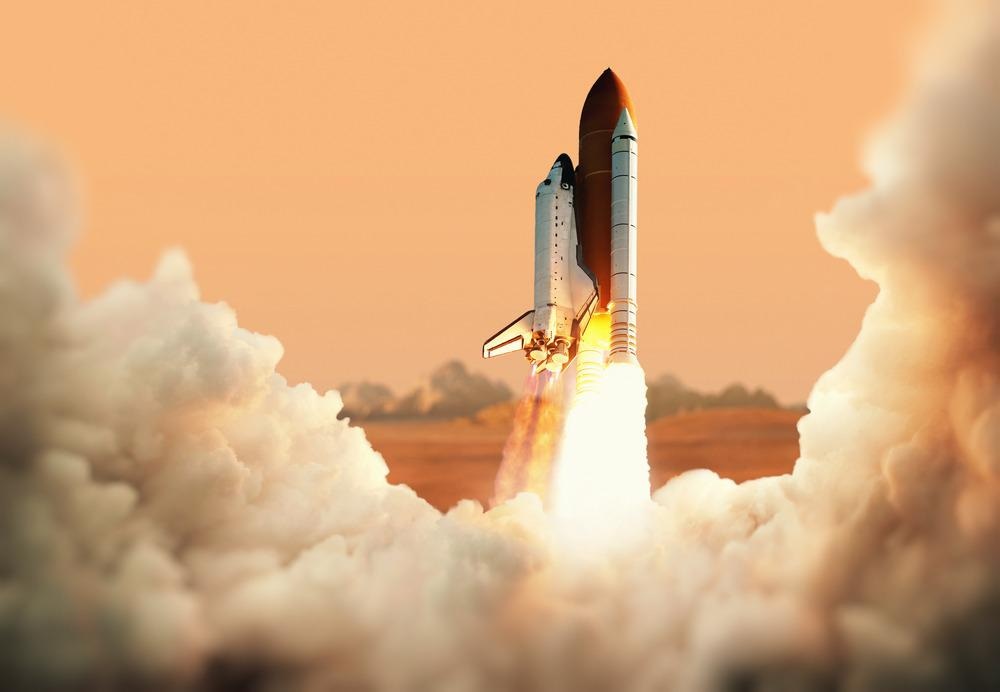 Technical ceramics offer exceptional size-to-weight benefits, high-temperature resistance, and chemical stability in space programs, all of which open up possibilities for transportation and exploration.

The most common use for ceramics in space applications is in thermal protection systems or heat shields. When a craft enters any type of atmosphere at high speeds, whether it is the atmosphere above Earth or Mars, it goes through substantial surface heating due to atmospheric drag. To survive, a craft must deal with the generated heat by radiating it outwards or conducting it into the craft.

Technical ceramics are used to radiate heat. The heat radiation rate is linked to the fourth power of the surface temperature, meaning it becomes the principal heat transfer mechanism at temperatures higher than 1000 degrees Kelvin.

Famously, US space shuttles’ lower surfaces were covered with technical ceramic tiles, consisting of a silica fiber system glued to the ship’s aluminum structure using a silicon rubber adhesive. These tiles acted primarily as a heat shield, but technical ceramics are increasingly being seen as a viable material for a spacecraft’s overall skin.

In particular, carbon fiber reinforced carbon (C/C) supplies substantial thermal stability spanning an extensive temperature range. Researchers have been looking at combining the high thermal defense that C/C offers with the electromagnetic-radiation-absorbing qualities of multi-wall carbon. It may seem insignificant to have a spacecraft absorb visible light and other electromagnetic radiation, but some newer Earth-orbiting satellites were found to be highly reflective, to the point that they disrupted ground-based and orbiting scientific instruments. Technical ceramics infused with carbon nanotubes can help minimize visible light reflection and keep the spacecraft from reflecting radiation at other wavelengths, such as microwave and ultraviolet radiation.

In 2015, scientists at HRL Laboratories in Malibu, Calif. announced the creation of a resin that can be 3D printed into technical ceramic parts of just about any size and shape. The resin is printed, then fired to become a high-durability, dense ceramic. The final material can endure extreme temperatures of more than 1700 degrees Celsius and is ten times more resilient to physical pressure than comparable materials.

Ceramics tend to be far more challenging to craft than metals or plastics because they are hard to machine or mold into different forms. The California team addressed this by making a resin printed like plastic, then converted into ceramic through a high-temperature firing process.

This resin could enable the creation of custom small parts that resist the heating that develops during a craft’s high-velocity entry into an atmosphere or by a rocket’s exhaust during takeoff.

Technical Ceramics and the Future of Space Exploration

A kind of ceramic known as alumina is currently being studied for a next-generation thruster called ion propulsion, which utilizes electricity to generate a powerful stream of ions.

Rather than burning fuel like a conventional rocket thruster, ion propulsion utilizes electricity to charge hefty gas atoms, typically xenon. The system fires charged ions away from the spacecraft to push it in the desired direction. There are three principal groups of ion engines, classified based on their basic operation: electromagnetic, electrostatic, and electrothermal.

For all three types of ion drive, a ceramic chamber is vital, as it is used to hold the propellant gas so it can be exposed to an ion-forming electrical current. There are a variety of ways to apply the electrical charge. For instance, a Radio-frequency Ion Thruster (RIT) relies on a metallic coil wrapped around the vessel to generate a radio frequency field within the chamber. The created field is strong enough to accelerate electrons. When these fast-moving electrons collide with the gas, it makes positively charged ions channeled through a negatively charged grid system that neutralizes the particles right after they exit the craft at a rapid pace. The ensuing flow of plasma produces the thrust desired to propel the craft in the desired direction.

Ion propulsion has the potential to provide enormous advantages over conventional thrusters for deep space exploration. For one thing, an ion drive can operate on several hundred grams of propellant a day, making it a much lighter and cheaper option. Perhaps most significantly, ion propulsion could permit faster travel to places in our solar system and the opportunity to travel farther, as this technology is capable of driving a spacecraft approximately ten times as quickly as chemical propulsion per kilogram of propellant.

Spilker, B. Ceramics in Space: From Reusable Heat Shields to Cloaks of Invisibility. Matmatch. [Online] Available at: https://matmatch.com/blog/ceramics-in-space-from-reusable-heat-shields-to-cloaks-of-invisibility/


Disclaimer: The views expressed here are those of the author expressed in their private capacity and do not necessarily represent the views of AZoM.com Limited T/A AZoNetwork the owner and operator of this website. This disclaimer forms part of the Terms and conditions of use of this website.