As a recent purchaser of the CERES system, Professor Giuseppe Barillaro and his team at the University of Pisa are excited to further their research endeavors by using the unique capabilities of metal additive micromanufacturing (µAM).

The CERES printer will see use by a wide range of different research departments as it was acquired through the framework of the Center for Instrument Sharing University of Pisa (CISUP), highlighting its versatility in microscale research scenarios.

The CERES system, according to Professor Barillaro, “will be exploited to carry out frontier research on advanced micro and nanomaterials and structures with application in electronics and photonics, biomedics and medicine, life sciences and nuclear physics.”

Cell transfection by utilizing nanoneedles is just one area of research among this vast range of disciplines. Prof Barillaro has cited this as a target use for CERES, referencing a 2016 study published in Applied Materials and Interfaces (Fig. 1). 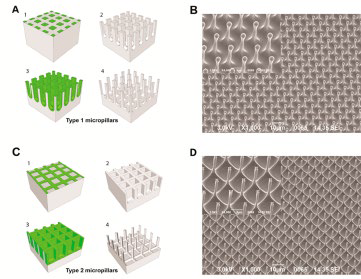 The study wanted to demonstrate how, when brought into contact with arrays of different shaped micropillars, cell membranes exhibited different responses. In the study, the team employed electrochemical micromachining to create silicon pillar arrays, specifically through acid etching and lithography.

Whilst the cell walls were permeated when they contacted these pillars, they remained viable, enabling certain molecules to be trafficked into the cells (Fig. 2). In modern biotechnology, this process, known as biomolecular trafficking, is extremely relevant. 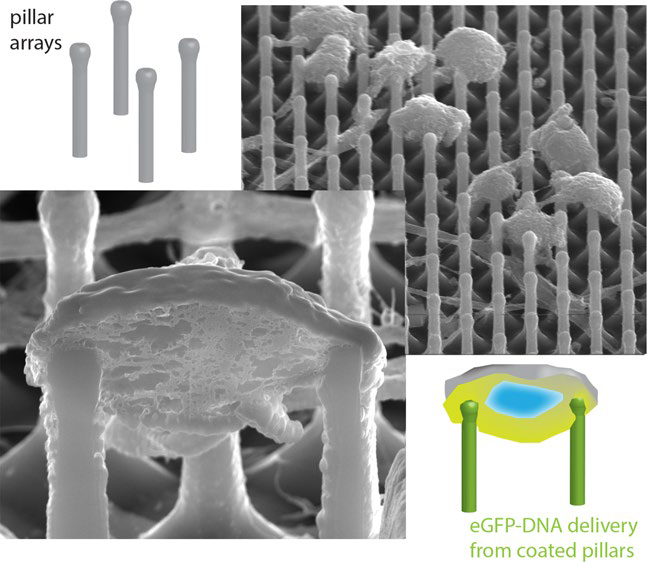 The team was able to influence how this process occurred by changing the diameter and height of the pillars. They discovered that different parameters of the pillars (spacing, diameter, etc.) gave different cell responses.

This study shows an ideal case study for the CERES printer: creating arrays of microscale pillars, but this time, out of pure metal. This would be impossible with processes such as etching and lithography. 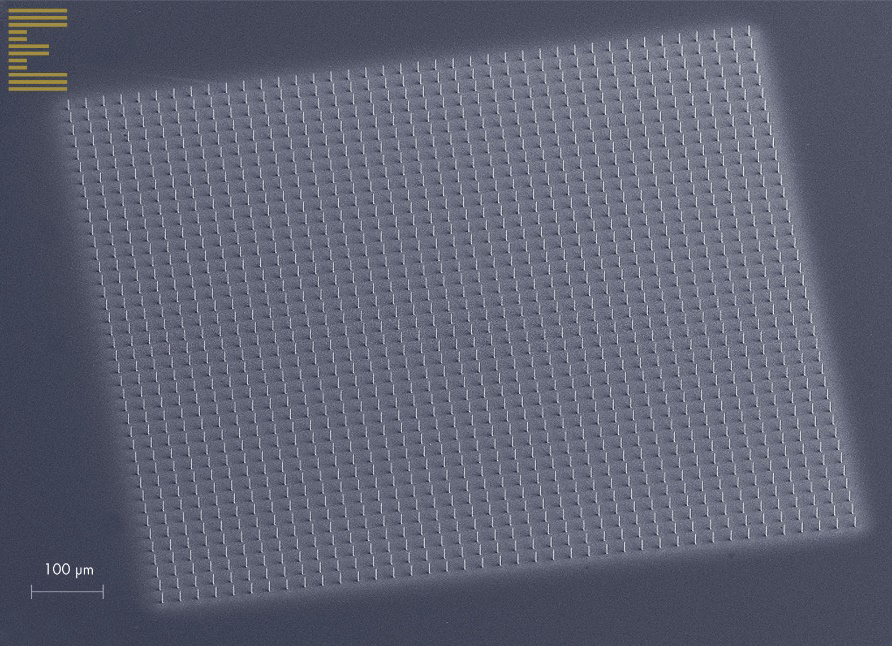 Exaddon R&D engineers printed 1 mm x 1 mm arrays of micropillars to confirm repeatability and uniformity of printed objects as a test scenario. As seen in Fig. 3 above, the translation to the cell transaction use case is clear.

Depending on the array, the pillar diameters of the silicon arrays in the 2016 study were either 500 nm or 1000 nm. In comparison, CERES is able to print 1000 nm diameter pillars with a standard printing tip, and pillars with as little as ~250 nm diameter with a custom tip (Fig. 4). 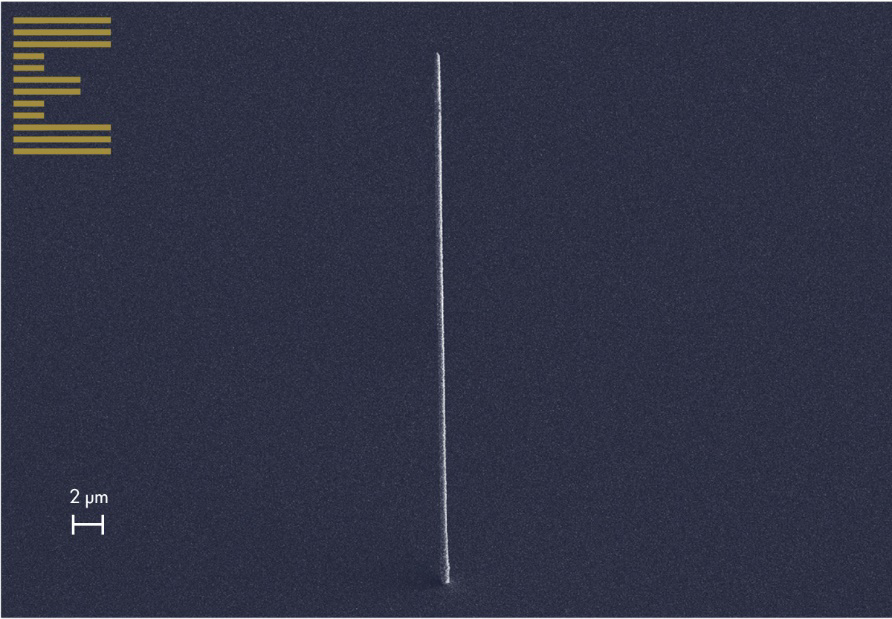 These pillars can also be printed in copper or gold on a range of substrates, including copper, gold, and flexible polymers like PEDOT. The acquisition of the CERES printer by the Center for Instrument Sharing University of Pisa (CISUP) marks a key moment for the utilization of microscale metal AM in biological research applications.

In addition, the wide variety of research fields in which CISUP intends to employ CERES will be an excellent test of its applicability and versatility in fundamental research; from biomedics and medicine to photonics and electronics, to nuclear physics and life sciences.

The Exaddon team produced a scale replica of the famed Leaning Tower of Pisa to mark the occasion, printed with their CERES system in pure copper at just 360 µm in height, a ratio of 1:155,167 from the model to the original tower (Fig. 5). 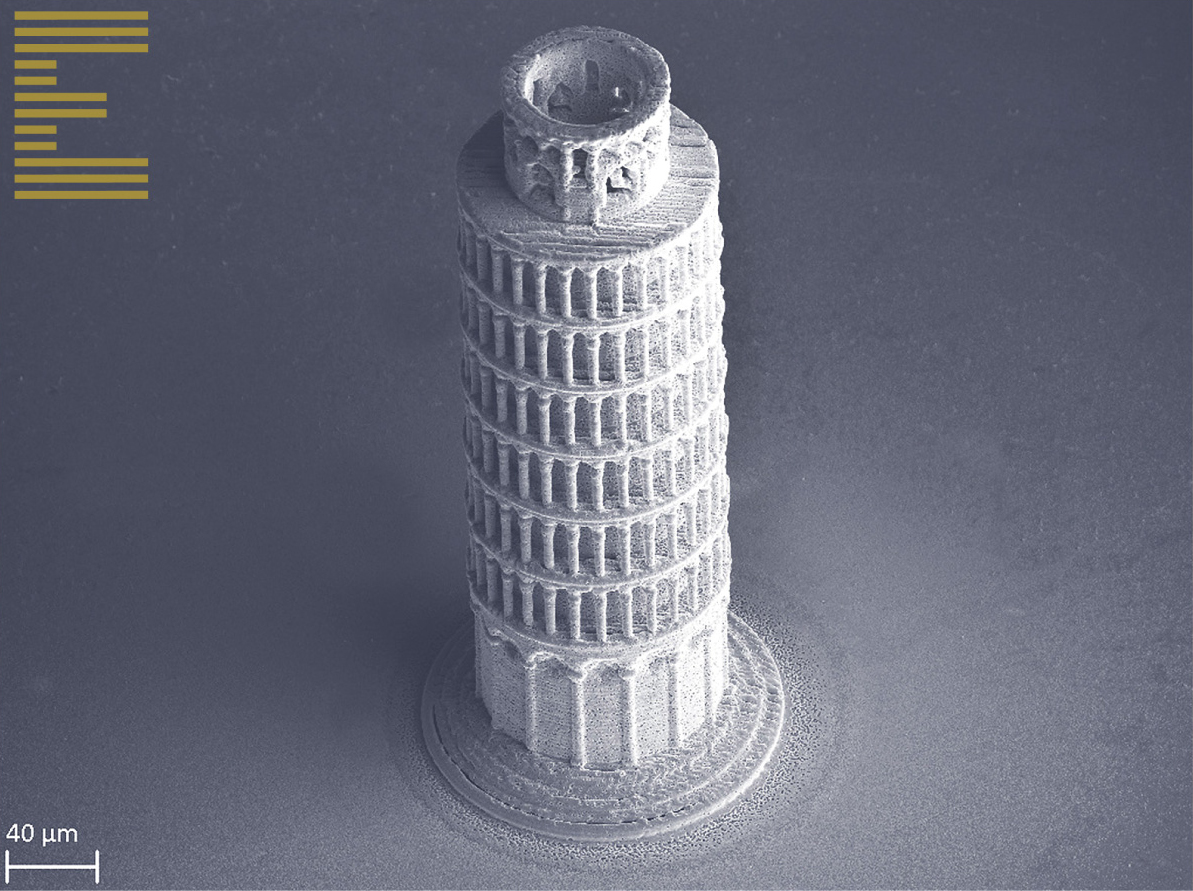 This information has been sourced, reviewed and adapted from materials provided by Exaddon AG.

For more information on this source, please visit Exaddon AG.