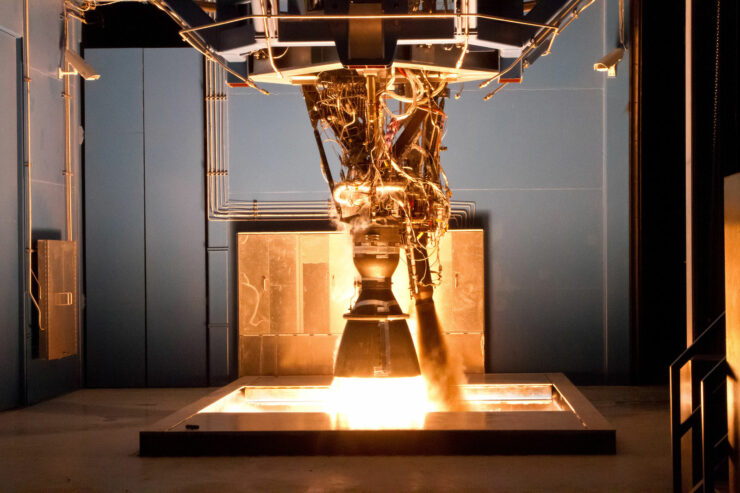 The SpaceX Merlin engine for the Falcon rocket lineup during a test in 2010. Image: SpaceX

Additive metal component printing systems provider Velo3D and JAWS Spitfire Acquisition Corporation, a special purpose acquisition company (SPAC) have announced their decision to merge. This will allow Velo to list as a publicly-traded company on the New York Stock Exchange (NYSE) with the ticker VLE, and both parties expect the transaction to close in the second half of this year. Through the merger, Velo, which is based out of California, will receive $500 million through cash and private investment and the deal will value the company at $1.6 billion following shareholder approval.

In its investor presentation, Velo which sells software, manufacturing systems and technologies, has shared insights about its finances and products, which have helped companies solve supply chain and design and manufacturing problems. Velo3D is responsible for providing 3D printing systems to a host of companies spanning the space, defense aerospace, energy, chip design and other industries.

The company’s products are capable of manufacturing components with complex internal geometries which require internal support systems. These systems introduce design constraints as the supports are often manufactured as part of the component – which then ends up affecting its performance when the movement of fluids and gasses through it takes place. Velo’s SupportFree additive manufacturing system removes the need for these supports and its software adapts the manufacturing process to specific sub-component geometries of a component. 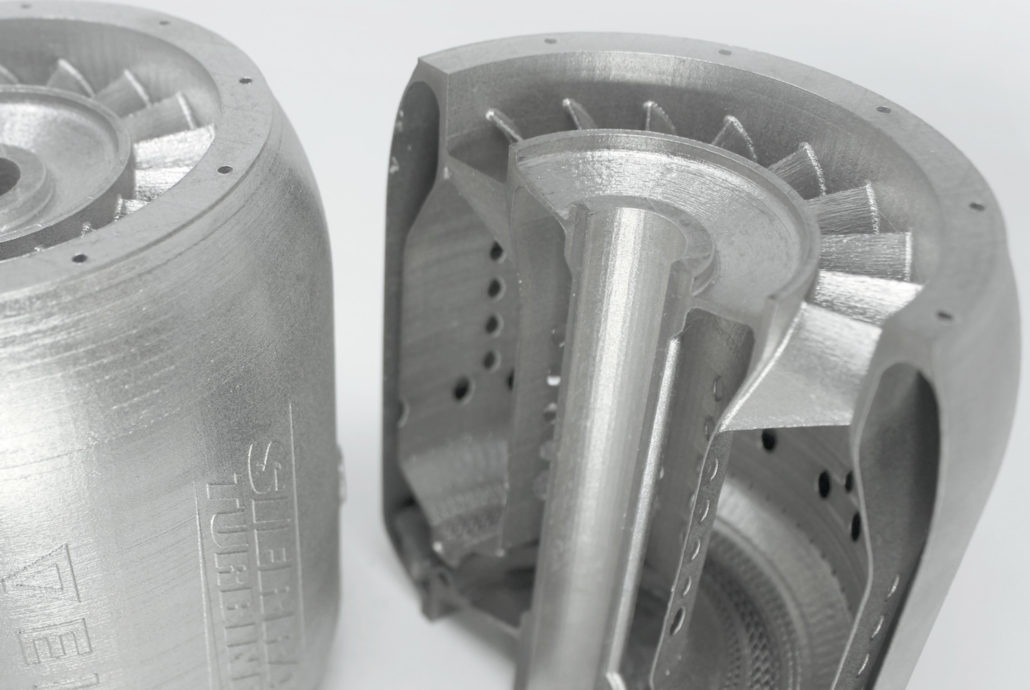 A microturbine with its internal structures visible through a cross-section manufactured by Velo’s SupportFree technology. Image: Velo3D

Velo stated that its systems qualification tests for Honeywell Aerospace’s engine parts will be completed in the second quarter of this year in its investor webcast. It has also enabled the consolidation of more than 100 parts for another unnamed jet engine manufacturer into a single part.

The firm provides details about its relationship with SpaceX. Velo’s technologies are behind the Hawthorne, California-based launch services provider’s components for the company’s Raptor full-flow staged combustion methane-fuelled rocket engine. The Raptor will power SpaceX’s next-generation Starship launch platform, which will perform missions such as Low Earth Orbit (LEO), lunar and interplanetary flights including those to Mars.

While the company does not list out the details of the parts it has helped SpaceX with, Velo’s technologies (such as SupportFree) enable the development of turbopumps. These components are amongst the first to fire up during a rocket engine’s startup, as they ensure that its combustion chamber receives fuel and oxidizer with adequate pressure. The systems manufacturer claims that its partnership with SpaceX will allow the latter to drive down Starship launch costs, and SpaceX has ordered 22 manufacturing systems so far from Velo, becoming the company’s largest customer over the course of three years.

SpaceX is also listed as Velo’s only strategic investor in the 3D systems manufacturer’s investor presentation for its acquisition announcement. 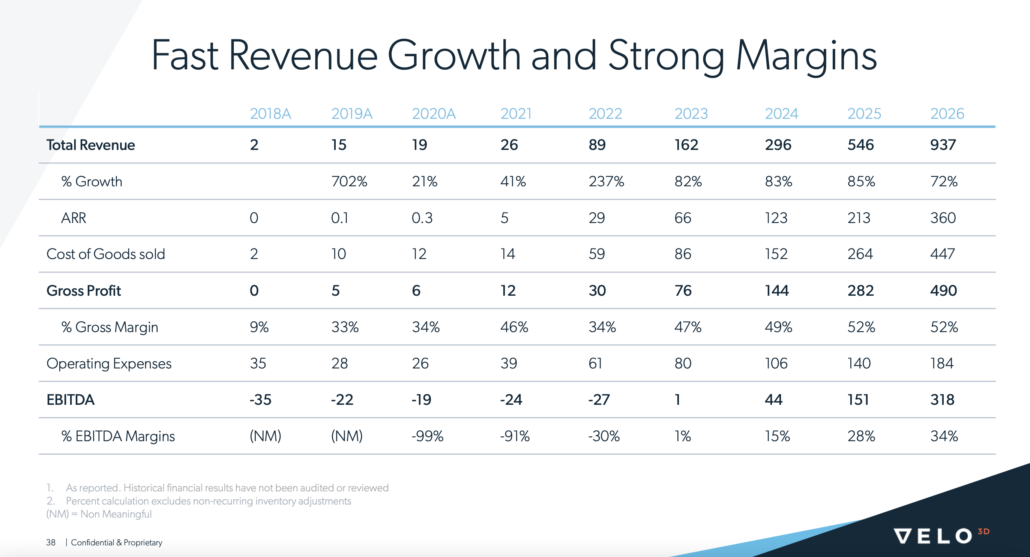 Velo3D’s financial projections estimate $937 million in revenue for 2026, with orders for 2022 already being booked or pre-ordered. Image: Velo3D Investor Presentation

Its SupportFree technology has a total addressable market (TAM) of $20 billion and in 2020 this segment commanded a 34% global market share for additive manufacturing according to Velo’s unaudited financial data.

The company expects to earn $26 million in revenue this year and grow this aggressively to $162 million in 2023 and close to a billion in 2026. Velo’s current operations require little capital expenditures as the bulk of its production is carried out by manufacturing partners with the company primarily responsible for quality control and final assembly.

Velo is also in the process of bringing its latest Sapphire XC 3D printer to the market. This printer allows companies to manufacture larger and a wider variety of components than its predecessor could.