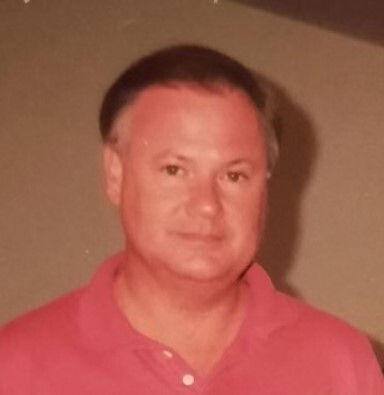 Dr. David Allen Lee, 72, passed away on February 15, 2021 at the Oklahoma City VA Medical Center.
David was born on January 8, 1949 in Springfield, Illinois. He was a Sergeant in the Air Force stationed in Italy for several years. After leaving the Air Force he enrolled in chiropractic school and started a practice in Muskogee. Dr. Lee was a long time chiropractor in Muskogee, Oklahoma before retiring to Lake Eufaula.
David married Cynthia Stretch March 25, 1998, and they made their home on Lake Eufaula. He fished every day and loved being outside and he drove his golf cart around the neighborhood. They moved to Moore, Oklahoma in 2015 to be closer to family.
David dabbled in computers, educating himself on the latest technology including 3D printing. He loved collecting and selling coins. He loved his cars, especially corvettes, and in the last two years, decided to be a truck guy.
David was preceded in death by his parents Maurice and Mildred Lee of Illinois; sister Gay Button, and daughter Season Moran-Reed of Yukon.
David is survived by his wife Cynthia Lee (Stretch); Son David Allen Lee, Daughter Peggy Sparks and husband Greg of Fort Gibson, Oklahoma, Daughter Melanie Millsap and husband Mark of Norman. Grandchildren; Makenzie and Mason of Norman, Madison, Madelyn and Cash of Fort Gibson; Addison and Keegan Reed of Yukon; Brothers: Bill and Lorelei Lee; Brother Mike and Sally Lee; Sister Kathy and George Tolberd; Robin and Bill Cleland.
A private, family burial service will be held at the National Cemetery in Fort Gibson. Honorary pallbearers: David Lee, Greg Sparks, Cash Sparks, Mason Millsap, Shannon Reed, Keegan Reed, Michael Hill.
If you are so inclined, the family encourages donations to the Oklahoma Disabled Veterans through the Wounded Warrior project. https://support.woundedwarriorproject.org in David’s name.

This 3D printed house is made from a mix of soil, straw, sand, and other sustainable materials!

This 3D printed house is made from a mix of soil,...