Visit our ETF Hub for investor news and education, market updates and analysis and easy-to-use tools to help you select the right ETFs.

Ark Invest’s keenly awaited Space Exploration and Innovation (ARKX) exchange traded fund has already made its mark — in part by pushing up the price of its sister 3D Printing ETF (PRNT).

ARKX, which has raked in $583m since its March 30 launch in one of the fastest ETF take-offs on record, has emerged as far and away the largest shareholder in PRNT.

As of late last week, ARKX owned 5.8 per cent of PRNT, far more than the next 20 shareholders combined, raising concerns among some analysts. PRNT, a passive ETF, is the second-largest holding in ARKX with a 6 per cent weighting.

“[The ETFs] are propping one another up. It’s a little bit cheeky,” said Kenneth Lamont, senior fund analyst for passive strategies at Morningstar.

“There is something a little bit strange in it, especially considering the liquidity issues around thematic funds. You are really adding another layer of complexity.”

Peter Sleep, senior portfolio manager at 7 Investment Management and a big ETF investor, said the cross-holding “makes everybody uncomfortable and I think it’s not right. The optics are not great.”

If one of [the ETFs] has to sell out quickly, clearly that will have an impact. Their destinies are conjoined to some degree

By raising demand for PRNT’s investee companies, the cross-holding will have played a part in the 5.2 per cent jump in PRNT’s share price since ARKX’s launch.

One concern is any potential contagion between the two ETFs in the event of significant outflows from either. If there is a meaningful selling of ARKX, the fund’s stake in PRNT would be ratcheted down pro rata, fuelling the selling of PRNT’s underlying holdings and pushing down their price. The losses for both funds could potentially spur further outflows.

Similarly, significant outflows from the $610m PRNT ETF would be likely to feed through to investors in ARKX.

These linkages are strengthened by other interconnections. ARKX’s largest position, for example, is an 8.6 per cent holding in Trimble, a Californian technology company, which is also, at 4.9 per cent, one of PRNT’s largest positions.

“If one of [the ETFs] has to sell out quickly, clearly that will have an impact. Their destinies are conjoined to some degree,” said Lamont.

“Any time there is a large individual owner of an ETF there’s a liquidity risk or a risk that money moves out faster,” said Todd Rosenbluth, head of ETF and mutual fund research at CFRA Research.

Despite this, Sleep believed contagion fears were “a stretch”, given that the underlying market “is deep enough”.

ARKX investors are not being double charged on the PRNT stake but Lamont said Ark should provide a clear explanation of the investment rationale behind the cross-holding.

“Is there some reason why you would invest in this [ETF] rather than someone else’s? You have to show that you are not favouring your own fund.

“It certainly muddies the water. It’s not a red flag, but a flag to call in for a pit stop to say: OK, what is happening here?”

A small number of ETFs have been structured as fund of funds that invest in other ETFs. For example, the sole holdings of the First Trust Dorsey Wright Focus 5 ETF (FV), for example, are stakes in five sector or industry-specific First Trust ETFs.

Rosenbluth said it was “rare” for an ETF to own a stake in another such vehicle but there was a history of newly launched ETFs doing so. A new global emerging markets fund might buy the iShares MSCI India ETF (INDA) as a way of getting instant exposure to that country.

“It can be a challenge to be fully invested in all of the securities you intend to hold [immediately] because you are often dealing with a small asset base and buying odd lots,” said Rosenbluth, although he acknowledged this should be less of a problem for a fund of ARKX’s size.

“It’s conceivable that [chief executive and lead portfolio manager Cathie] Wood sells the PRNT ETF and buys the underlying stocks once ARKX has matured a bit more and there us a more stable asset base,” he added.

Nate Geraci, president of The ETF Store, an advisory firm, agreed, saying “it looks like at this point they are utilising [the position] as a place holder for exposure to 3D printing. I would expect them to sell out of that position over time.” 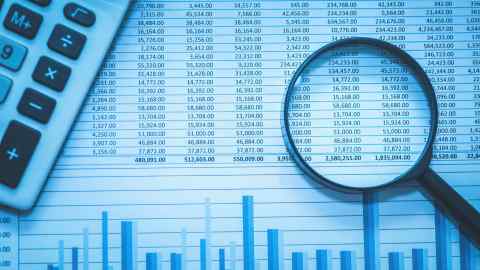 Sleep was less charitable, though, saying that the PRNT stake “suggests to me that the Space ETF doesn’t have enough companies to invest in”.

“It’s a bit self-serving, as if space and 3D printing were analogous,” he said, adding that if Wood was happy for ARKX to invest in the latter, why not also ExxonMobil, as spaceships need rocket fuel, and aluminium companies, given their need for the metal?

Rosenbluth was more forgiving of the management team that has turned Ark into an investment phenomenon with $50bn under management in its ETFs, a more than tenfold rise since the start of last year.

“There is not a direct line between space exploration and Deere or Netflix [either],” he said, referring to the agricultural machinery manufacturer and streaming service that also feature in ARKX’s portfolio.

“Thematic investing is often in the eye of the beholder or manager. Wood and her team have used their creative licence to find companies that can benefit from this long-term trend.”