Illustration by Via Satellite

Additive Manufacturing (AM), or 3D printing, has already begun revolutionizing various manufacturing sectors, and aerospace is inline to see a similar transformation in the coming years. The technology has been around for around two decades now, but the escalation of developments in recent years has been impressive. Only a decade ago, it was exclusively used for building and testing prototypes, but now end user products are being made across the board.

We have already seen the airline and aerospace industries leverage 3D printing technology. Airbus now has a record number of 3D printed parts (over 1000) on their new A350 XWB aircraft,  and NASA is using a 3D printer to develop and test a space rover, which contains over 70 fused deposition modeling 3D printed parts. The launch company I co-founded, Agnikul Cosmos, recently tested our rocket engine which is entirely 3D printed, and other launchers are building 3D printed rockets including Relativity Space and Orbex.

Traditional manufacturing needs a lot of supply chain management and a large workforce to operate machinery, but 3D printing is automated and only relies on Computer-Aided Design (CAD) software, making it accessible and scalable. It enables complex and intricate components to be manufactured with a substantial reduction in manufacturing time, costs, and material wastage.

These three areas will further uncover the true potential of 3D printing for the aerospace industry.

A Significant Cost and Weight Reduction

One of the most notable benefits of manufacturing parts through 3D printing is the reduced weight. A 3D printed metal bracket from an aircraft, for example, can see a weight reduction of between 50-80%, which can save roughly 2.5 million per year in fuel. Airbus A320 recently developed a spacer panel, located alongside the overhead storage compartments of the commercial aircraft, which is 15% lighter than the original.

3D printed products can also be manufactured at comparatively low costs compared to traditional manufacturing. Unlike in 3D printing, budgets for traditional manufacturing must consider casting molds, dyes, tooling,  and other different processes. The main cost-benefit from reduced weight is less fuel consumption, as mentioned above. By cutting fuel and limiting emissions, 3D printing can also subsequently help to minimize the negative impact of air travel. In a world where heightened environmental awareness is very noticable, this is a substantial additional benefit.

As well as producing lighter, and potentially more reliable parts, 3D printing can also produce more complex geometries than traditional manufacturing methods. It enables both the reproduction of an existing part and redesign of a new solution. This is particularly important in space flight, where parts can be very complex, and so there needs to be scope for creating entirely new designs. This process of redesigning could involve anything from mounting two structures together seamlessly, or even recreating an existing part within the engine. Essentially, any structural item needed for a launch vehicle can be created.

Traditional manufacturing involves creating a part from an existing larger piece of material. 3D printing allows for the production of just the amount of material necessary, which reduces waste significantly. In fact, one source suggests that there is up to a 40% reduction in waste material in metal applications of 3D printing.

The final valuable aspect of 3D printing is the sheer amount of time it saves. General Electric reported that the company reduced production time by 25%, by decreasing the number of parts in its jet engine fuel nozzle. 3D printing builds products directly from the CAD model, so it helps save time in delivering end products by cutting down on the product development step, supply chain, and dependence on inventory.

The time-to-market is also reduced due to the high speed through each stage of the production process with 3D printing. Quality assurance checks, for example, can be completed quicker due to many parts using the same printer, metal powder and settings. Arcam reported that a complex race car was designed and fabricated by 3D printing from electronic beam melting in just 28 hours. 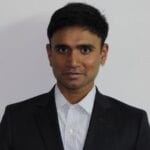 Srinath Ravinchandran, is the co-founder & CEO of Agnikul Cosmos. The startup is based in Chennai, India and has developed a single piece, fully 3D printed rocket engine called Agnilet.