Kicking things off at the front end is a carbon fiber bumper that is both wider and lower than the bumper of a regular 720S. This new bumper also has sharp fins on either side to influence the supercar’s aerodynamics while also sporting a pronounced splitter. Complementing this bumper is a carbon fiber hood. The kit is the same as the one from SWAE unveiled earlier this month.

The only areas on the side of the 720S left untouched by 1016 Industries are the skins of the doors. As such, the front and rear fenders have been flared and add to the road presence of the car. New air intakes are also featured directly behind the doors. Adding to the aggressive appeal of the 720S are aftermarket wheels with turquoise center caps and inner rims, black spokes, and carbon fiber edges with cutouts in the shape of the McLaren badge. As for the rear, it consists of a new diffuser and a towering wing. 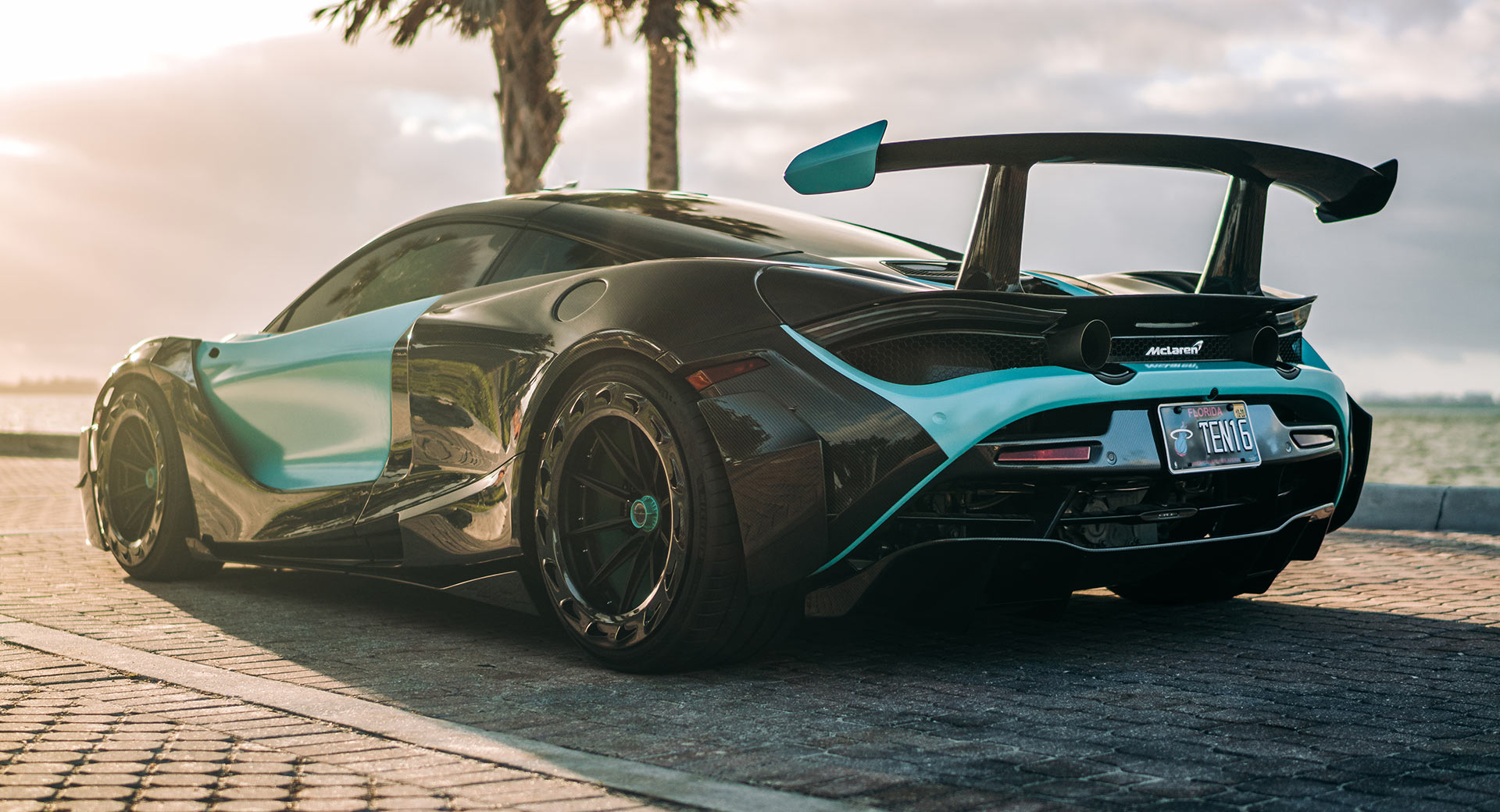 While most of the carbon fiber parts of the bodykit were crafted by hand, 3D printed components can be found within the structures of the bumpers, aerodynamic ducting, and in the linkages of the rear wing. The extensive use of carbon fiber means this 720S weighs 268 lbs (121 kg) less than a standard model.

“Our primary goal with the 000 720S was to explore how 1016 Industries could employ the latest 3D printing and carbon fiber processes in auto design,” 1016 Industries founder Peter Northrop said. “The applications are almost endless. The new 000 prototype is the product of years of extensive field testing and design validation. It’s no secret that 3D printing presents a dynamic case for more nimble manufacturing, but the technology has also allowed our engineers to realize drastic improvements to the quality and precision of each functional part. The 000 custom represents an industry first, and while we are incredibly proud of what we achieved here, this is just the beginning.”